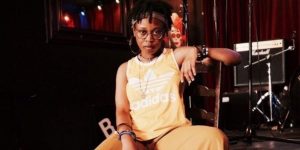 Efe was my best friend right from the university days. We were so close that most folks actually thought we were blood brothers.

I met Efe one sunny Monday when I was in a long queue to enter the campus shuttle going to the permanent site of the university, for my daily lectures. As usual, a lot of students had been on the line. Stronger, taller students who were already used to the daily hurdles of a school environment.

Distribute and Promote Your Music

I was a newbie, an ajebo of some sorts. Where I come from, I was used to orderliness, but the people here seemed to care little or nothing about that. One minute they were all in a single file awaiting the never available school buses, and another minute the line breaks out at the sight of an approaching bus. They all scamper like mighty buffaloes springing in leaps towards the only entrance of the vehicle… 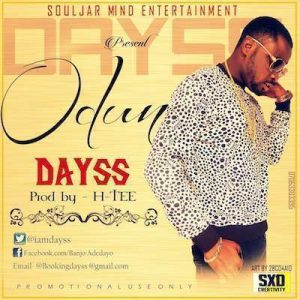 The strong ones often succeed in getting onto the bus, but the weak ones like me most times ended up on the dusty ground, bruised and hurt.

That day, I was determined to man up and be like the few strong students, so immediately I sighted a bus from the school gate, I quickly began the mad dash towards the oncoming vehicle, other students followed suit immediately. I ran as if my life depended on it, the more experienced ones soon ran past me and hopped on the bus… I could see the open door, I mustered all my strength and increased my pace, I succeeded in getting close enough to the door but I had no idea how to jump in, I wasn’t “skilled” in the art of bus jumping like the others.

Then a slim strong hand just extended out of the door and a big voice boomed “Grab my hands”, I was almost passing out, with whatever strength was left in me, I ran faster and grabbed hold of the hand, with such surprising strength from a hand that slim, he dragged me into the bus… When I got in, I saw the owner of the hand, slim, tall, strong looking Efe, I thanked him and from then we somehow became friends.

We started doing everything together, went to school together, dated girls from the same place, we rented an apartment and cohabited, we became practically inseparable.

Efe was fun to be around, he knew all the fun spots around campus, he knew the latest beer in town, which girl was easy to date and which club was having a strip party. He was so real… he lived his life like there was no tomorrow and above all, he was mighty caring. He could give his eye to save yours.

I remember one time when I was returning back to school, on the way I was attacked by hoodlums who took everything I had on me, including my school fees, pocket money and books… I got to campus feeling really sad and unsure of how I ‘ll survive the semester.

But Efe did the most surprising thing ever, he divided his small pocket money ( he was from a very humble background) into two equal parts, gave me half and took the other half, I refused but he insisted… that semester was a rough one, but in Efe’s words, we ”Rugged am together.

When we finally graduated, I was sad that I was going to be separated from the one true brother I had found in the university, but Efe in his usual manner laughed it off, he promised to always be in touch and made fun of how I cried easily like a woman.

We parted ways and for five years I didn’t hear or read from Efe. I tried all possible ways to reach out to him, but it seemed as if he had just vanished into thin air. I got a job with an Insurance firm and gradually, the sweet memories began to fade off… I started living a normal life, trying to live without my partner in everything, it was difficult but I pulled through.

Then one evening, after the close of work, I was returning home from work, tired and exhausted. I decided to drive through the less traffic congested wuse 2 road, listening to soft music blaring from the woofers of my BMW fx series, another car was heading towards me at full speed in the opposite direction, a Honda Accord car. I tried to apply the brakes, but it was too late… Whammmmmmmm

We ran into each other like a pack of eggs falling hard on concrete. The impact inflated my airbag, luckily it wasn’t life-threatening, my bumper was badly damaged though and the windscreen of the Honda shattered. I alighted from my car boiling with rage and ready to really deal with whoever was in that car.

“Madman, are you blind, don’t you know how to drive”

I shouted as I menacingly walked towards the Honda Accord, the driver came out with a few cuts on his forehead ready to also defend himself (you know Nigerians na) I kept ranting and screaming at the top of my voice. People that had seen the crash happen started gathering, not to help but just to watch how things would play out.

The driver was a tall lanky man of about my age, with a balding head and full moustache, he walked slowly towards me with mouth open as if he had just seen a ghost.

I kept screaming and getting ready for a faceoff:

“Idiot, driving like an animal, walahi you just bought market, I swear…

Then he just called my name:

TY Bello – By The Fire: Let It Burn Ft. Folabi Nuel And Nosa

Smen Music Company is a subsidairy of Souljar Mind Entertainment Network. We are working to connect indie musicians, creative business brands and fans together.

Related Articles
We will be happy to hear your thoughts

5 Cost of Music Promotion for Upcoming New Artist in Nigeria

2 How to upload Music on Tooxclusive

Smen Music Deal is a  music merchandising marketplace and deal community where indie musicians and their fans meet and exchange values. Fans can review, rate, favorite and save as collections an indie musician contents. It has social media functions, gaming and rewards for members that post or interact with music, merchandise, and deals with rewards such as user badges, ranks, and cash in their wallet.